The Latest - Veritas Contracting
Keeping you up to date on everything we're doing, from projects to company news.

Pro Performance—On Time and Under Budget

Veritas recently constructed a metal building Crossfit addition for Pro Performance, a sports center in the Morgantown, West Virginia area. Veritas Co-Owner, Sam Proctor, was determined to meet the client’s needs while coming in on budget.

From day one, Rob Dunlevy, General Manager of Pro Performance, was impressed with the Veritas crew’s ability to deliver on time and under budget. “Sam helped cut costs in some areas that were not crucial,” said Dunlevy. “In the end, we got a better facility that still came in on budget.”

Dunlevy was also impressed with the communication skills of the high-end construction company. According to Dunlevy, he received constant updates on the project’s status from beginning to end.

“Sam did a great job of staying in touch,” said Dunlevy. “It’s just one of those details that lets you know you want to stay with this company because they’ll deliver what they say they’re going to deliver.”

While the project began in September 2012, it wrapped up quickly by February 2013 coming in ON TIME and UNDER BUDGET.

When Clear Mountain Bank needed renovations to meet the company’s needs, Sam Proctor and the Veritas crew were dedicated to getting the job done under a time crunch without interrupting bank operations.

“It was important to get it done quickly,” said Brian Thomas, Clear Mountain Bank President. “Sam and his crew found a way to get it done by working 24 hours a day, seven days a week with no complaints until the job was done right.”

In addition to their quick, reliable performance, Thomas admired the professionalism shown by the Veritas crew.

“Every day they left the work site clean and swept,” said Thomas. “I think it’s a great sign of the quality and work that Veritas does.”

With the help of the Veritas crew, Clear Mountain Bank was equipped with newly renovated operations— without losing any transactions—in an impressive four to six weeks.

From the beginning, Suncrest Medical Center President, Michael Hicks, was most impressed with the flexibility of the Veritas Crew.

“They modified their schedule to fit within the confines of the way our business runs,” said Hicks. “The Veritas team was there early in the morning before operations began.”

The Veritas crew worked with the company’s architects and subcontractors to get the job done in a short few months—coming in on time and under budget.

“Our design build method helped us get this job done right,” said Veritas Co-Owner, Sam Proctor. “Here at Veritas, we can strategize the project so you don’t have to shut down business.” 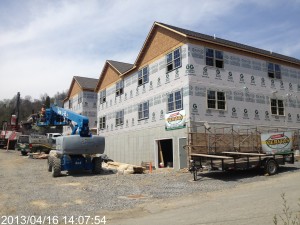 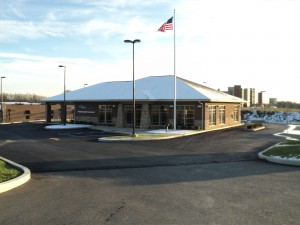